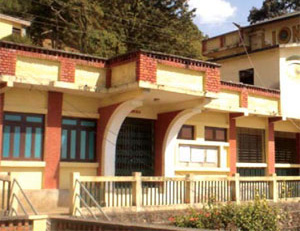 Shree Rana Ambika Shah Eye Hospital of Bhairhawa, extended the eye care service at a very primary level in Tansen, Palpa in 1986 in a small room of Government District Hospital. Initially, it was running a weekly clinic on every Friday. After a few months, the service was expanded to 5 days a week.

Dr. Ram Prasad Pokhrel, Chairman of NNJS, inaugurated the hospital building on13 October, 2004 and the clinic started to run its service as an eye hospital named Palpa Lions Lacoul Eye Hospital. This hospital provides services to eye patients in Palpa and the six surrounding districts.